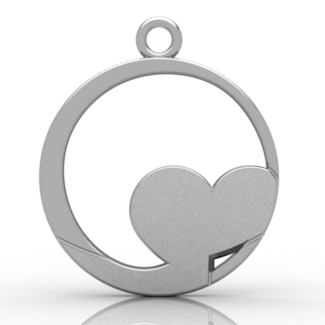 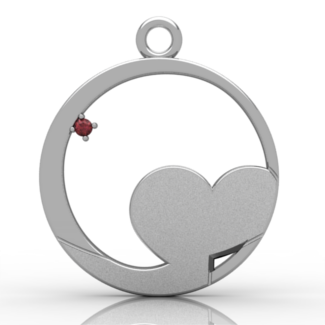 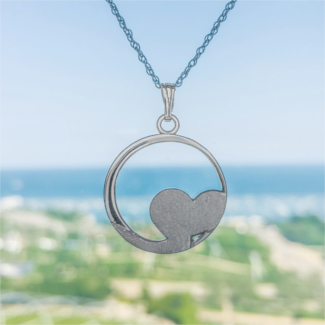 Everyone's favorite * planet: Pluto! Pluto used to be a very blurry collection of twelve pixels off in the distance but was recently visited by the NASA flyby probe New Horizons. To everyone's surprise Pluto had a massive patch of frozen nitrogen in the shape of a heart, later named the Sputnik Planum (because "The heart" was too hard to think of for NASA). Many people saw Pluto the Disney dog, but we saw a heart.

The pendant is 2cm wide and is an outline of the dwarf planet Pluto. The heart shape, Sputnik Planum, is represented as a part of the whole outline and has been brush finished to differentiate it from the rest of the general shape. An optional garnet stone variation is available.

*If Neil deGrasse Tyson isn't reading.... it's a planet. If he is: we're kidding and you're right.

For news and updates please sign up for our newsletter.