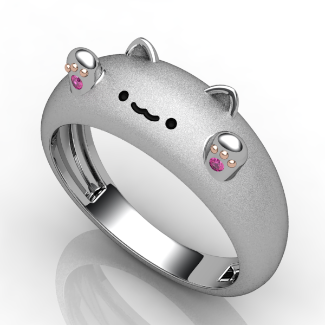 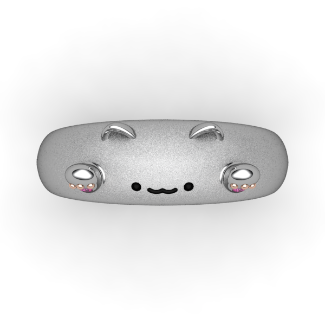 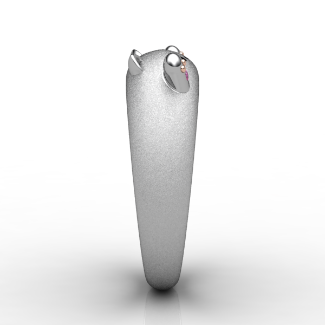 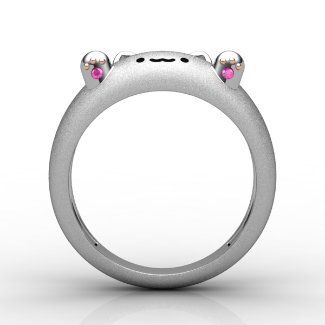 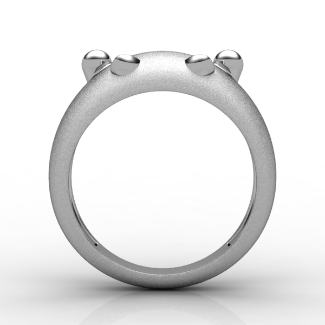 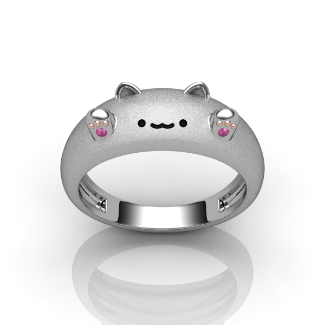 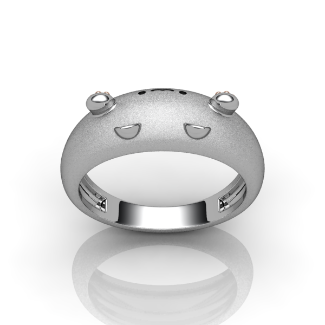 Bongo Cat is such a nice meme. A cat that can play the bongo and just go hard on any song with a beat. Watching so many Bongo Cat videos has skewed my youtube's recommended watch suggestions so far from where it used to be and I'm fine with that. One day out of boredom I decided to make a Bongo Cat ring that I initially called "Ringo Cat" because it combined the three way pun of the drummer Ringo Starr, rhymed with "bongo", and it was also a ring. I made a post on Tumblr and it was very well received. After some demand that I make the ring a reality I caved.

Before finalizing the design and listing it on Etsy I sought out the original creator of Bongo Cat, Twitter user @StrayRogue, and asked for permission. Permission has been granted and a portion of the sale will go to support the artist.

Description
A ring, about 6.5mm at the top, with an adorable cartoon little face of a cat that resembles the emoticon " :3 " more than an actual cat's face engraved into the top side of the band and blackened with antiquing. Two little ears are on the opposite of the band. Two paws stick out on either side of the face with rose gold beading and two small genuine pink sapphires. The band is sandblasted and the ears and paws are high polished for contrast.

For news and updates please sign up for our newsletter.